Canadian
PGCE of Sunderland University,
MBA of Hong Kong University, Outstanding Graduate
BEE & BBA of East China University of Science and Technology, Shanghai Outstanding Graduate
Angel joined Xiehe Education Group in 2007 and worked as teacher and management leader in Hongqiao campus, Wanyuan campus and Wuxi campus. She is one of the Pioneer Program initiators and designers. The Pioneer Program has been endorsed as the best practices in Eastern and Western education by Mr. Trevor Higginbottom, a previous H.M.I Inspector of England. As one of the principals since Wuxi campus established , Ms. Angel Lin and her teachers have worked hard for five years to cultivate students with "concordant characteristics, Chinese foundation and International Mindedness" for the future. Constantly harvesting various good news of students' growth, witnessing the growth of the school together; The school has also formed a co-working management team and a teaching staff team with integrated education concepts. WUIS has become a benchmark school for the integrated education concept in Wuxi.

Chinese
Graduated from Luoshe Normal College of Jiangsu Province and Nanjing University of Science and Technology in Education Management.
Since 1975, he worked in Wuxi Bashi Experimental Primary School, Wuxi Houqiao Experimental Primary School and Wuxi Gangxia Experimental Primary School as Vice Principal, Principal and Secretary of the School CCP.
He has worked in Wuxi United International School as Vice Principal since 2012.
He devotes himself in creating a good "ecological" environment for the school and providing teachers and students with a warm service. It is the strategy and path of his work to deeply cultivate and promote the professional development of administration department staff. The society’s satisfaction and people’s satisfaction is his unremitting pursuit in education.

British
PGCE
MA in International Education
David joined Xiehe Education Group in 2008 and worked as teacher and Subject Coordinator (Science) at Pudong Campus. He later worked as Key Stage 2 Coordinator, before moving to Wuxi Campus to work within the Pioneer Curriculum, first as a Deputy Head, then as Co-Head, and finally as Vice Principal across both Kindergarten and Primary.
In his time working for Xiehe, David has also acted as a mentor and site coordinator for trainee teachers from the Universities of Warwick and Sunderland (UK) and from New South Wales and Southern Australia (Australia).
David believes that the key to successful education is unlocking children’s innate passion for learning and inquisitiveness at an early age, and promoting this throughout both their school life and beyond. At Wuxi United International School it is important that we prepare students for an ever-changing World. 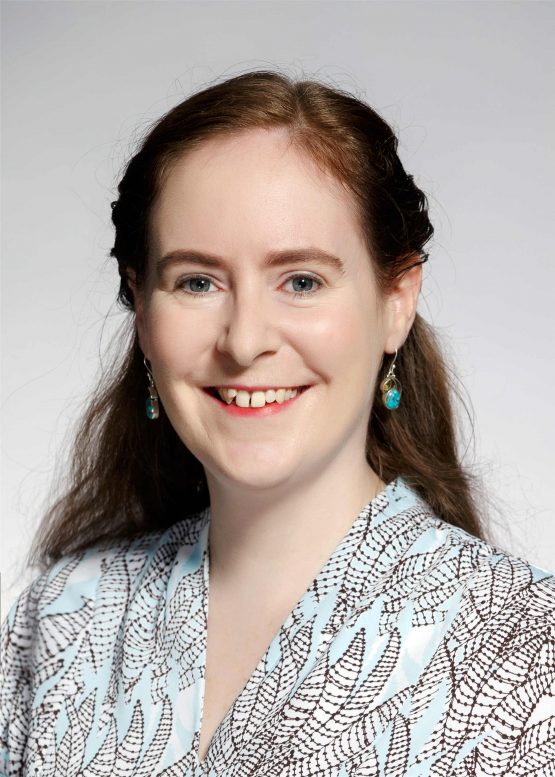 British
Degree：MA in Fine Art
Experience 13 years
Mrs Holmes has over ten years teaching experience including early years, primary, middle school, high school and undergraduate level. She is currently studying an MA in Applied Educational Management and Leadership with the Institute of Education, University College London
She has an MA in Fine Art Drawing, completed at Wimbledon School of Art, London. Mrs Holmes worked at SUIS Gubei IB doing IB DP coordination and Head of Department. Prior to that she taught at the Western International School Shanghai teaching PYP and MYP. Prior to coming to China she taught in inner London at Mulberry School for Girls (SEN), Salesian College Battersea, Art and Design and other schools in London and England. She is also an IB DP examiner for Visual Arts

CCP Secretary of the School & Head of General Affairs

Chinese
Graduated from Wuxi Higher Normal University, Mathematics Department
He worked as the Head of Security and Vice Principal in private school in Xishan District since 2006. He joined Wuxi United International School in 2013 working as the General Affairs Personnel, Head of General Affairs and CCP Secretary of the School. He always measures himself with the standards of CCP members and keeps himself with uncorruptible self-discipline; with his dedication to education and enthusiasm, he fully devotes himself to school work with youth and passion.

Degree：B.A. English
Experience: More than Ten Years
Ms. Cao is an experienced English teacher with 14 years of experience. She majored in English and Business English in Jiangnan University from 2000 to 2004. Her career started from a teaching position right before graduation and it has developed into her passion and endeavour. Ms. Cao considers spending time with her students as the moments she enjoys most. She devotes herself in developing student leaders’ creativity, organizational skills, and leadership based on her own experience of 3-year leadership in university as the Chair of Student Council. Ms. Cao also leads her fellow teachers to organize successful activities, for instance, Winter Bazaar, with parent volunteers. She started the very first Journalist Club and has been providing service to various activities happening in school. She is a keen photographer and her photography students have won Top 50 in Visionary National Photography Competition. Ms. Cao works closely with faculty as well as parent groups to build up positive relationship and communication atmosphere.

Chinese
Ms. Zhang received her MS degree in Curriculum and Teaching Philosophy from Hubei University. She published many papers in core journals such as “Eduction Monthly Journal” and “Chinese Teachers”. After graduating from Hubei University, she studied in Mexico and taught Chinese as a froeign language in some well-known international schools in Mexico and Shanghai.
In 2010, she won the “Excellent Grduate-Student” Award of Hubei University (Her thesis was selected the “Excellent Thesis Paper” at school level.)
In 2012, she participated in recording the Chinese Teaching News Program of CCTV Chanel 12 as a representative of Chinese teachers.
In 2015, she attended the 6th WUIS “Star Plan” training and received the honor of “Excellent Educator in Xishan District”. In the same year, she was awarded the “Pioneer Party Member in Education” by Xishan District Education System in 2015.
Attracted by the concept of “East Meets West”, she joined Wuxi United International School in 2013. As a teacher, she treats students with love and patience and creates a safe environment for them with the belief that “the innocence of children is the blessing of education; as an administrator, she devotes herself to the professional development of teachers by building various learning groups and bringing in the outside resources to help teachers study the advanced education and teaching theories.

Chinese
Bachelor degree in preschool education, kindergarten first-class teacher title, the first batch of model class teacher title in Xinwu District,
on behalf of kindergarten to participate in the basic skills of teachers contests and won the first prize in the language category. From 2000 to 2008, she worked as a homeroom teacher and grade leader, familiar with children's psychology and mastered various professional knowledge. She led the grade group to participate in Wuxi Children's Drama English Competition and won the first prize. 2008-2011 she worked as the head of Parent-child Garden and logistics director. She was familiar with 0-3 years early childhood education courses, meanwhile lead the team design courses and won the first kindergarten qualification in Xinwu District. From 2011 to 2014, she served as the head of kindergarten business director, who participated in provincial research projects and led the team to be approved in the evaluation of Wuxi high-quality parks and provincial high-quality parks. From 2014 to the present, she serves as kindergarten in SUIS. She upgrades the environment as well as the connotation development and builds a team with the highest work enthusiasm, the most professional quality and the most harmonious team spirit. Constantly she upgrades the SUIS brand effect and provides a learning paradise for children to get full development of Chinese and Western culture. 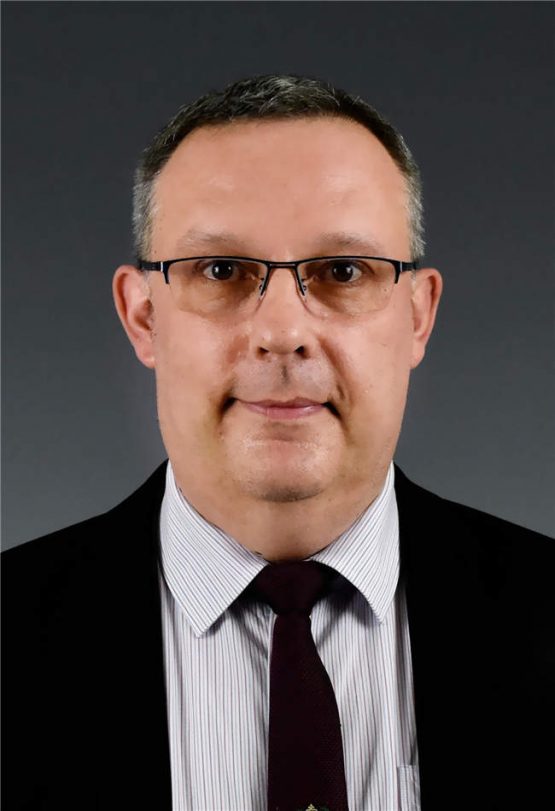 Co-Head of Boarding and ECA Co-Ordinator

FRANCE
Degree: Master’s Degree in French & English Linguistics and American Civilisation.
PGCE from University of East Sussex ( England)
Experience: 27 years
Philippe Prudhomme has an extensive experience in Boarding Management both in national and International school settings, pioneering, leading, reinforcing Residential structures in Kenya, Malawi, South Africa, Nigeria, Switzerland and now in China. As a qualified teacher, his Boarding savoir-faire has been complemented by a rich Modern Languages Teaching experience, combined with linguistic and cultural projects to promote French language in Kenya as Linguistic Advisor at the French Embassy or on St Helena Island. He is committed to support students’ talents or skills and bring them to their full potentials. Philippe Prudhomme is a food enthusiast ( more on the eating than cooking side! ) and a keen traveller.

Co-Head of Boarding and ECA Co-Ordinator

Chinese
Singapore PCEC Informatics School ( Shanghai ) Admin Business Management
Suzhou Singapore International School Operations Manager
Zhangjiagang Singapore International School Operations Manager，assistant of Principal
Wuxi United International School Co- Heads of Boarding and ECA Co-Ordinator
Cindy joined WUIS in 2015, as Co-Head of Boarding, she is holding the concept of “ A HOME AWAY FROM HOME”, leading her boarding tutors fully care for the students and support school all teaching works. As the ECA coordinator, provide students with a variety of ECA lessons and well-arranged students evening time. Meanwhile she is also like to be a listener, providing a safe environment for students to develop their self-disciplined, innovative, enthusiastic, and let students grow up fill with love environment.